Today, we’re continuing our Hero Spotlight series where we highlight incredible individuals making a difference in their communities as first-responders. We’re lucky enough to have Daniel Thompson as our featured hero this week.

Can you introduce yourself? Where do you work and what do you do there?

I’m Daniel Thompson and I’m the Chief of Police for the City of Waukesha, where I started on May 4th of 2020. Prior to that, I served 29 years with the City of Milwaukee, starting 1991, to April of 2020. The transition was not a slow transition — I came in while COVID was starting to rise and during a tense political arena.

I truly believe that this profession is a calling. You can't just do for the sake of doing — it has to be in your soul - not just serving the public, but being a servant leader. Being a police officer isn’t about individuals, but about all of us as a community.

Prior to my 29 years in Milwaukee, I always wanted to be a bomb tech. When I turned 21, the Milwaukee Police was hiring and had a bomb squad. I ultimately became a detective, then interviewed and got to be on the bomb squad for many years.

During my time on the force, I have worked undercover, in high drug trafficking areas, as an intelligence officer, and even became a captain. We were working on building relationships within the department and focusing together on solving problems. As inspector, I was #7 in command at the Milwaukee Police Department and I was in charge of night operations.

Can you tell us about a critical incident that happened while you were on duty? 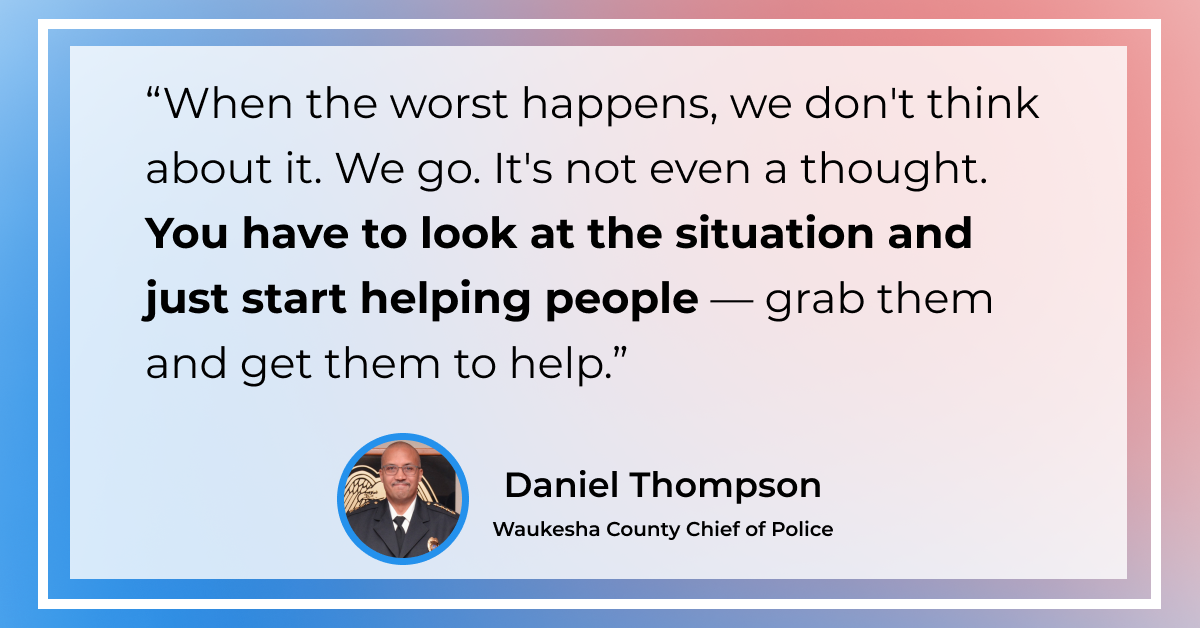 Nothing prepares you for what happened in Waukesha on November 21st at 4:49 pm. I showed up shortly after the incident. Getting there, I've never seen so much carnage, bodies, injured people.

In that tragedy and seeing all those first responders, I saw heroes and unity. Whatever differences we had before went out the window. The stories are just incredible. One of my officers carried an 8-year-old boy to the squad car in order to drive him to the hospital, where he lived for a few days.

When the worst happens, we don't think about it. We go. It's not even a thought. When this incident happened, we ran out of ambulances. You have to look at the situation and just start helping people — grab them and get them to help. It was a senseless act of violence and the involved officers did a great job of using technology and great police work in identifying the suspect.

Hopefully, he will get prosecuted for that heinous crime. I know that's where God intended me and my officers to be during that time. Everything I experienced in Milwaukee unknowingly prepared us for that event.

It's easy to enforce laws. It's totally a different ballgame to be engaged. In Waukesha, we don't talk about policing neighborhoods, we talk about engaging neighborhoods. How we interact with people sets the tone. In this profession, we have to challenge ourselves to see the good and deal with the bad.

One of the huge problems in society today is that we're so caught up in identity, we forget all of us are human beings. Character makes us who we are. For us to change that narrative, we have to be engaged — anyone who wears this uniform is a human being.

What inspired you to begin working in this field?

It was a deep want to want to become a bomb tech. I served almost 20 years in the Milwaukee Police Department on the bomb squad.

There are only 3,000 bomb techs in the country. You train with people all over the country at the same school. It's a very close-knit community. It was a blast (no pun intended) when I did it. In that small community, you make friends with people from all over the world — not just in the United States. I made friends in Britain and Israel.

How do you spend your time when you're not working?

I stay pretty busy! My wife and I have six children — the oldest is 32, youngest is 13. My oldest has cerebral palsy. When he was a few weeks old, they told us he was going to have seizures and wouldn't make it through the night. It's a blessing each morning he wakes up. He teaches me that if he can smile each day, I need to appreciate the good.

My 30-year-old daughter is a teacher in Tampa Bay, Florida. I have a 29-year-old son at DePaul and a 24-year-old son who works on trains. My 21-year-old daughter will be graduating from nursing school in June and I have a 13-year-old with enough sassiness for the other five. Keeping up with all of them ensures that my life is always interesting.

I also like to bike on my Nordic Track. I get to bike in Chicago and Egypt without leaving my home, which is especially great in Wisconsin’s cold winters. I like to listen to audiobooks when I'm driving to and from work. It gets my mind off of reality and helps get me centered for whatever is coming next.

My faith keeps me centered as I know I was called to do this. The real blessing is the character — it's not about the position of your authority. It's your character. If I'm not engaged with the community, how can I expect them to be engaged? We're mission-driven, but we're people-first always.

What's one thing you wish the general population knew about your job? 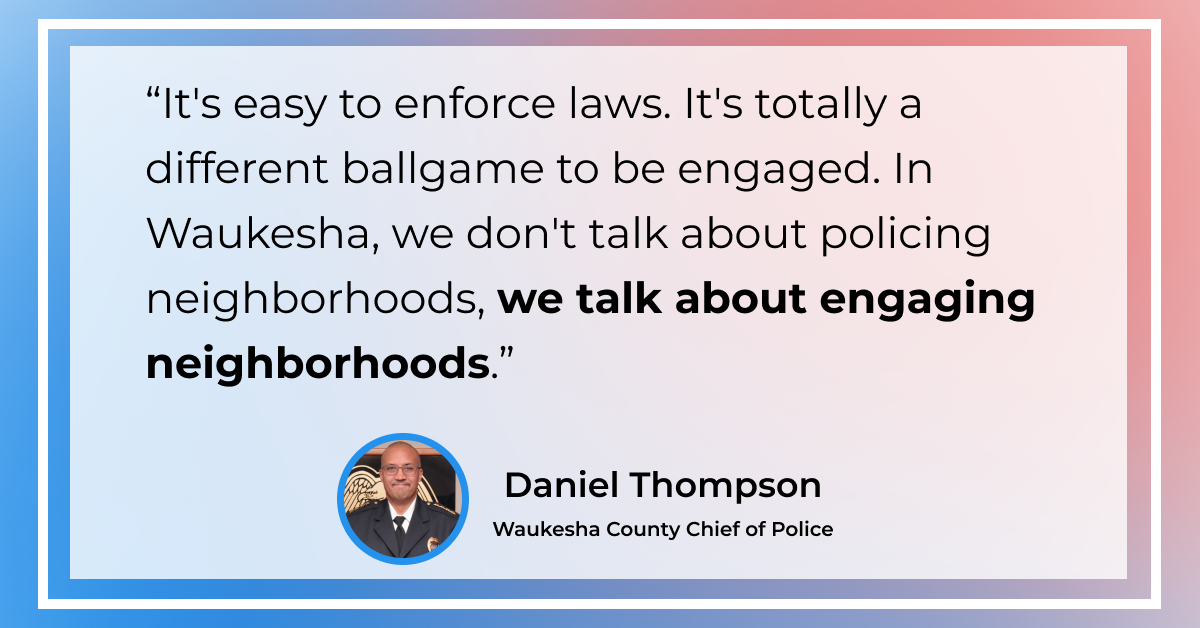 That we, every single one of us, are human beings. We truly do care about people. When we are involved in incidents, it not only affects us physically but also mentally. Having the support of the public is so huge. I'm blessed — I have a great community here that's very supportive of our police department.

I loved every minute of working in Milwaukee, but the relationship is different with the community and the police department there. The bottom line is we are human beings who truly and sincerely care about helping and serving others.

Thanks to Daniel for sharing his incredible story! Anew Advisors is dedicated to supporting first responders in our local Milwaukee community and beyond. Be sure to follow us on Facebook to see more of our Hero Spotlights!

Images and photographs are included for the sole purpose of visually enhancing the website. They should not be construed as an endorsement or testimonial from any of the persons in the photograph. The information contained in this material is intended to provide general information about Anew Advisors and its services. It is not intended to offer investment or tax advice. Investment advice will only be given after a client engages our services by executing the appropriate investment services agreement. Please consult a tax professional for tax advice. Information regarding investment products and services are provided solely to read about our investment philosophy and our strategies. You should not rely on any information provided on our website in making investment decisions.