Over a decade ago, back in 2009-2010, there was mass hysteria among the market, which had become a bubble due to the Fed's QE program. 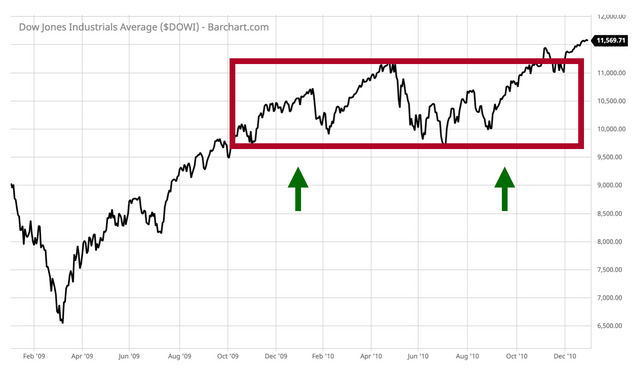 Those dips are scary, but when you look at the bigger picture today, the same red box looks like a mere blip. 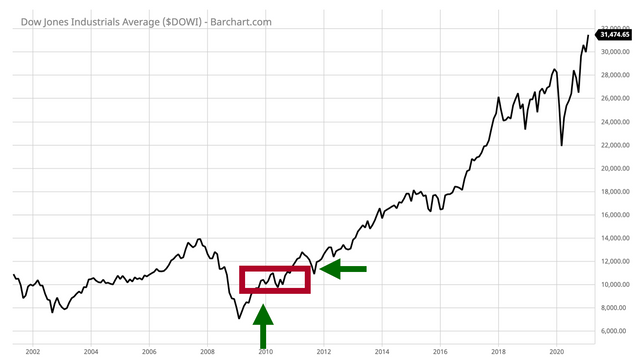 If you held on, you’ve been able to steadily ride the wave. If you abandoned ship. You might be feeling regret right now. The lessons?

The red boxes are the same in both images of the DOW. This is the tough part: the higher prices rise, the scarier it gets. The bigger the mountain the harder the slide down - or so it seems. The thinner the oxygen, the larger drops feel. Soon - intra-day swings of 600, 700, or 800 points will be normal.

But they sure won't feel that way.

Somewhere out there - the DOW will fall 35,000 points from its high (more than traveled in all market history combined) - and it will still be higher than where we are today.

Scary? You bet it is...that's why so few take the ride.

Forget economics - raise your eyes to the larger horizon, above all the noise where the air is crisp and the clouds are well below you. Think demographics instead.

We can disagree all day long, this year, next year, and the year after - about all the demographic data we share with you here. We can disagree that People Make Markets®.  But I'll let you in on a little secret - disagreeing will not change the facts.

These 88MM individuals are coming - whether we like it or not. The Boomers and the Ys are a force that must be understood and embraced to gain the benefit of what is ahead in the decades of disruption that we all face.

Many will run, much stress will be felt. Alas, new opportunity always looks that way.

Truckers on The Move

Truckers are moving goods, truck companies cannot find enough drivers. Bring on the robots. Don't fret - they are coming soon to a city near you. 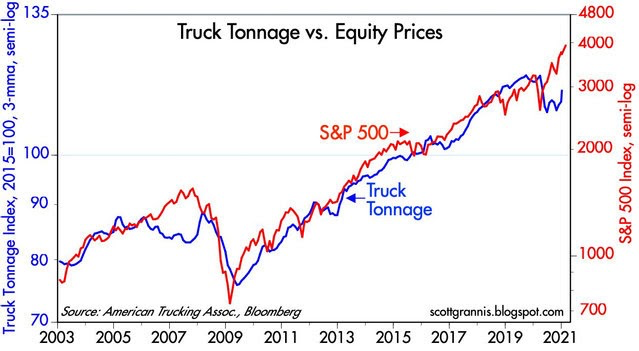 Explained of course, by the other data which is also surging as domestic manufacturing footprints expand rapidly.

The last chart above shows capital goods orders surging to all-time new highs, crushing expectations as previously noted. This is yet another domino in the line of solid leading indicators flashing very positive news about the US economy and the massive current pushing us forward.  It serves as a precursor of additional future productivity gains and thus, is an excellent leading indicator of economic growth.

The bottom line - orders have surged in recent months, far exceeding expectations and breaking out of a prolonged slump.

Do NOT underestimate the long-term benefits brewing. The Barbell Economy® is just beginning to unleash itself as Demogronomics® portends powerful decades of benefits ahead.

Just remember - everything will just happen faster, often at a dizzying pace.

Factories, homes, industrials.  Let's face it, there is a ton of building going on - as the generational shifts we have covered for years are just taking hold. 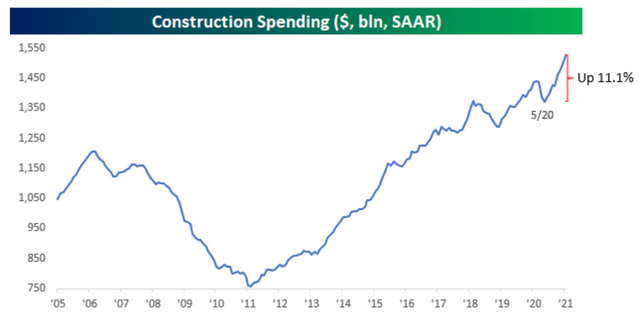 Once again, the pre-covid shutdown peak looks tiny in the rearview mirror.

That is an 11% surge since the shutdown lows. And who doubted the comeback of American Manufacturing?

See the horizon which is far beyond - and vastly more beneficial - than the headlines. Many storms will still arrive on our shores - and then they will pass.

Even when they hurt in the near-term, they create the gains of the long-term.

It is our job to help you remain focused on your pathway.  We are more excited about that today than ever before.